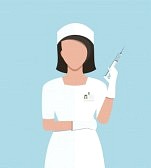 What’s behind modern vaccine fear, and why it matters

In April 2011, the worst measles outbreak to hit North America in a decade ignited at a Quebec high school. It likely started when a staff member at L’école Marie-Rivier in Drummondville, a rural town 100 kilometres east of Montreal, picked up the virus on her way back from the Caribbean, waiting for her luggage at the airport amid thousands of travellers returning from spring break. She had been back on the job for three days before going to the emergency room with a high fever and the telltale rash that starts around the face and creeps downward. Measles spreads mainly from person to person but also travels on droplets in the air, making it highly contagious—particularly in the swarming halls of a school. For most people, measles is like a lingering itchy flu, but others can suffer from pneumonia or, less commonly, swelling in the brain. In developed countries, it is fatal in one to two cases out of 1,000. Doctors quickly isolated the staff member in intensive care, and a public health official notified the principal. END_OF_DOCUMENT_TOKEN_TO_BE_REPLACED

How companies are luring staff with new work-life balance perks

AS THE CORPORATE WORKPLACE GETS YOUNGER and more mobile, companies are figuring out that keeping staff happy will require more than simply good pay and vacation time. Increasingly, employers are also ensuring their people are exercised, well-fed, entertained and given ample autonomy – all in the name of work-life balance. Along with flex-time and parental leave, today there’s on-site gyms, massages, concierge services and even rules about after-hours email so people don’t feel tied to their Blackberry. END_OF_DOCUMENT_TOKEN_TO_BE_REPLACED

Downriver from northern Alberta’s oilsands, the people of Fort Chipewyan have been taking ill and dying. The province says nothing’s wrong. The community’s residents beg to differ.

THE CATHOLIC CEMETERY IN FORT CHIPEWYAN, Alberta is not grand or granite-studded, but it is getting full. Steve Courtoreille tells me this on a cold April morning as he leads me through the picket-fenced plots in search of his nephew’s grave, which isn’t immediately apparent after the previous night’s snowstorm. “It used to be that we buried our old people,” he says, “but now we’re burying the young.” We stop at an unvarnished wooden cross hung with fake-flower wreaths. Pressed into the wood, a gold plaque reads: “Grant Sterling Remi Courtoreille: Only the good die young.” END_OF_DOCUMENT_TOKEN_TO_BE_REPLACED